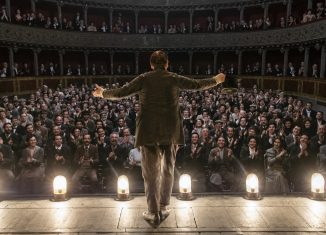 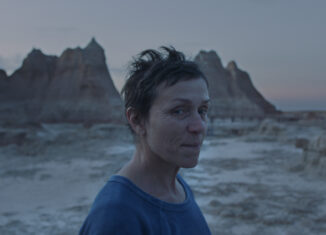 After the economic collapse of a corporate town in rural Nevada, Fern (Frances Mc Dormand) he loads his luggage into his van and sets out on the road in search of a life outside conventional society, like a modern nomad. This third feature by director Chloé Zhao, NOMADLAND sees in the cast the presence of the real nomads Linda May, Swankie and Bob Wells as Fern's mentors and travel companions as he explores the vast landscapes of the American West. Nomadland Leone d'Oro at the Venice Film Festival also obtained 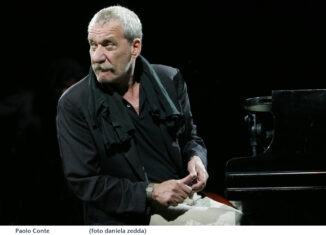 Il lato musicale di Paolo Conte artista a 360° Presentato Fuori Concorso alla 77ma Mostra di Venezia il film no fiction è in arrivo nelle sale italiane, produced by Sudovest Produzioni, Indigo Film in collaboration with Rai Cinema, only the 28, 29, 30 September distributed by Nexo Digital in collaboration with the media partners Radio Capital, MYMovies.it, Rockol.it and with Concerto Music. "On the amaranth mouse it goes which is a charm" sang Conte in the 70s. And the same amaranth mouse guides us through Piedmontese landscapes and narrow streets of Asti in one 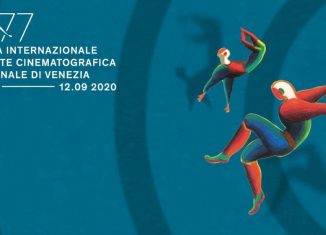 (Venice Luigi Noera with the kind collaboration of Marina fearful and Annamaria Stramondo- Photos are published courtesy of the Biennale) Mariangela Gualtieri with the poem March 9th Two Thousand Twenty and Diodato with the song Ora present at the closing evening of the 77. Exhibition conducted by Anna Foglietta crowning NOMADLAND the Golden Lion 2020 The closing ceremony of the 77. Venice International Film Festival, conducted by Anna Foglietta and who awarded the Golden Lion for best film and other official awards - was exceptionally opened by two artistic contributions entrusted to the poet and 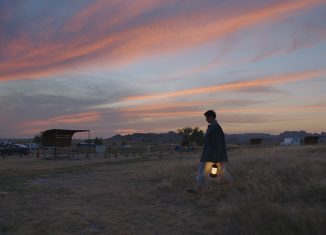 Nomadland by Chloé Zhao, with an extraordinary FrancesMcDormnd holding up the entire feature film - Marina's review. (from Venice Marina Pavido - Photos are published courtesy of the Biennale) The McDormand, therefore, you know, who, Fern's clothes, a middle-aged woman who has been widowed for several years, who - following the closure of the factory she worked for - finds herself living inside a caravan in the remote lands of Nevada. To cross his path, a series of characters who like her have 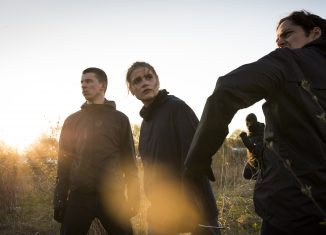 And tomorrow the entire World by Julia von Heinz is not convincing - Marina's review (from Venice Marina Pavido - Photos are published courtesy of the Biennale) Twenty-year-old Luisa (Mala Emde), during university, decides to join a group of activists, moving from them within a municipality and taking part, from time to time, to numerous clashes during political demonstrations under the banner of racism and intolerance. The girl, meantime, he will fall in love with the charismatic Alfa (Noah Saavedra), who, your back, it seems, instead, want to run after 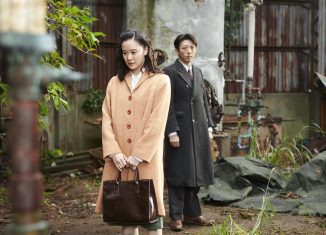 Kiyoshi Kurosawa's Wife of a Spy deserves an Award - Marina's review (from Venice Marina Pavido - Photos are published courtesy of the Biennale) The story staged, therefore, is that of the young Satoko, wife of the merchant Yusaku, who, after a trip to Manchuria, makes the acquaintance of a mysterious woman, later barbarously - and mysteriously - killed. Everything would suggest a crime of passion, were it not for the fact that Yusako reveals to his wife that he has come to know some 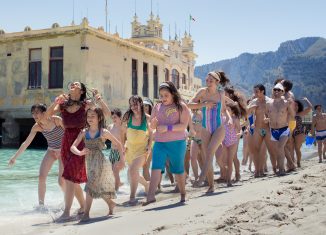 Emma Dante's Le Sorelle Macaluso is an unfinished work - Marina's review (from Venice Marina Pavido - Photos are published courtesy of the Biennale) Le Sorelle Macaluso is the second feature film by the famous theater director Emma Dante, taken from one of his play of the same name and presented at # VE77 CONCORSO. Maria, Pinuccia, Lia, Katia and Antonella are five sisters who live on the top floor of a building on the outskirts of Palermo. Without parents, the girls manage to get by thanks to a pigeon farm inside the attic of their building.