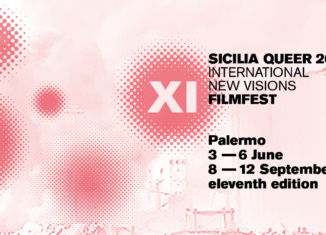 The eleventh edition of the Sicilia Queer resists, it raises and takes place in presence, maintaining continuity also in the second pandemic year, with the ambition of representing a significant cultural garrison in the Italian panorama. Despite the Coronavirus and all the uncertainties of a very difficult year, after long months of closure of cinemas and cultural spaces, Sicilia Queer has been making since 3 al 6 June a substantial first part of this edition which will continue from 8 to 12 September with the competitive sections and its usual programming. The Festival will open with the 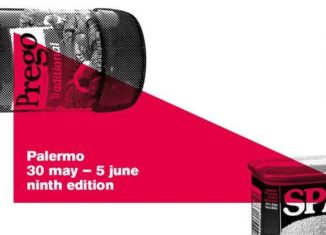 The ninth edition of Sicily Queer filmfest, held in Palermo from 30 May to 5 June, It offers around 60 movies 7 days Programming, with many national and world premieres and over 20 International guests will be working to meet the festival audience. I'm 8 the feature films competing in the New Visions section and 13 short films competing in the section Queer Short; feature in the program works out of competition Panorama Queer; the staff dedicated to the artist and filmmaker Marie Losier, protagonist of the section Appearances; the two dedicated sections 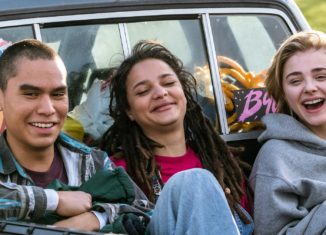 Thursday 24 January 2019, Cinema De Seta previews are back to the ninth edition of Sicily Queer filmfest, to be held in Palermo from 30 May to 5 June 2019. Scheduled, starting from 20.30, a double projection, Two films ever presented in Palermo area: The Miseducation of Cameron Post, film revelation last year, second feature film director Desiree Akhavan, winner of the Grand Jury Prize at the last Sundance Film Festival on the controversial relationship between homosexuality, religion and reparative therapy; and the first presentation of the new town of Joseph Carleo film, Talk to you, shot in the Ballarò quarter 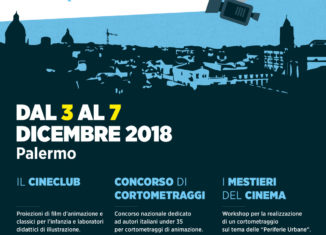 from 3 al 7 December in Palermo, Albergheria quarters and in Bonagia, five days for the little film. Scheduled, daily screenings of classics for children and a prize for animated short films by Italian directors under 35; but also workshops on cinema trades, aiming to create a short film on the theme of "The Suburbs Urbane". The SIAE, with the program "LIGHT UP - Private Copy for young people, Culture " (Ed. 2017), Call 1 - Urban Periphery, It supports the project that the association proposes to the city Arknoah

The Sicilia Queer filmfest opens its eighth edition 31 May with the international premiere of Stefano Savona's film The Road of Samouni, just proclaimed winner of the Prize for Best Documentary at the Cannes Film Festival. While the 6 It will close its doors in June with the premiere of Un couteau dans le coeur by Yann Gonzalez. Both directors will be guests of the SQ2018. The film, Powerful creative documentary of one of the most important representatives of contemporary Italian cinema and tragically present films in the days following the transfer of the American Embassy to Jerusalem 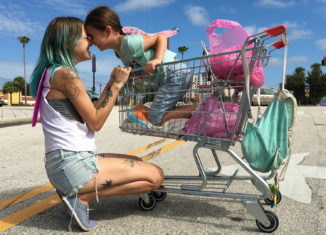 Another preview of the film by Sicilia Queer filmfest, in the path toward the eighth edition of the Festival to be held in Palermo from 31 May to 6 June 2018 the Cultural Shipyards alla Zisa. In collaboration with Sudtitles, distribution of Sicilia Queer partners, It will be presented 22 March at 20.40 the highly anticipated new film by Sean Baker "The Florida Project", simultaneously all'Igiea Lido di Palermo and the Cinema King of Catania, enlargement to confirm the proposed film in the region Sicilia Queer. The American director is not a new name 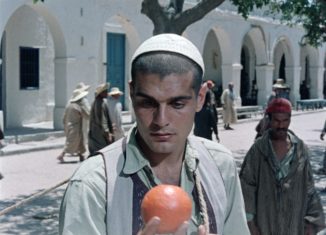 The exhibition curated by SudTitles arrives in Palermo 3 and the 4 febbraio al Cinema De Seta A 50 years after the first pass by Roberto Rossellini in Tunisia for the filming of one of his last films, Acts of the Apostles, the fledgling Tunisian Film Library, organizes Italian Journey with Tunisian Cinema, five stages in five Italian cities under the banner of classic and contemporary Tunisian film. A traveling exhibition that will take place between January and February 2018, brainchild of the Tunisian director Mohammed Challouf and designed to put 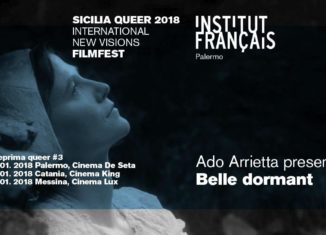 #SQ18 | "Beautiful sleeping", the expected Ado Arrietta film arrives in Sicily with Sicily Queer Filmfest. Projections premiere in Palermo, Catania and Messina. For the third preview towards Sicily Queer Filmfest 2018, in collaboration with the 'Institut Français Palermo and SudTitles, He arrives in Sicily thanks to the independent distribution company Zomia Cinema, the expected Ado Arrietta film "Belle dormant" an adaptation of the classic fairy tale by Perrault and the Grimm that the Spanish director tells a contemporary twist. They have interpreters Bonitzer, Mathieu Amalric e Niels Schneider, the French-Canadian actor, Dear