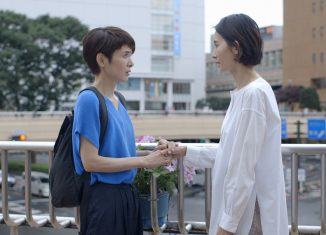 THE GAME OF DESTINY AND FANTASY "by Hamaguchi Ryūsuke distributed by Tucker Film, presented at the 71st Berlinale and distributed by Movies Inspired (release in theaters 26 August), was designated Film of the Critics by the National Union of Italian Film Critics SNCCI with the following motivation: Temporarily abandoning the rereading of the history of his country Three stories for three poetic investigations on the mocking sense of destiny and human relations. Universal but linked to the insecurities of contemporaneity, Hamaguchi's film confirms the talent of a storyteller in love with his characters - 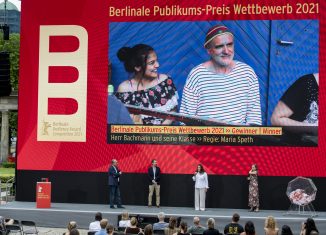 The Berlin public partly confirms the verdict of the March juries. (Berlin Luigi Noera with the kind collaboration of Marina fearful - Photos are published courtesy of the Berlinale) This hybrid edition of the Berlinale ends 2021 with the prizes awarded by the Berlin public. In particular, the Audience Award of the Berlinale Competition 2021 going to: Mr. Bachmann and his class (Mr. Bachmann and his class) (Germany) by Maria Speth. The film received the Silver Bear - Jury Prize in March (REVIEW) In a German city with a history 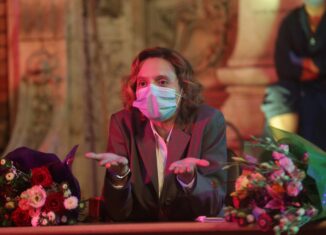 (Berlin Luigi Noera with the kind collaboration of Marina fearful - Photos are published courtesy of the Berlinale) Awarded the Silver Bear for Best Technical Contribution to the Berlinale 2021, A Cop Movie is the latest feature by filmmaker Alonso Ruizpalacios. Teresa e Montoya. A young couple, fallen in love. A couple like many others. O forse no? A Cop Movie kicks off as an ordinary detective film. But, in fact, during the staging, it never ceases to surprise us. Teresa talks in the car and tells us her story. Non

(Berlin Luigi Noera with the kind collaboration of Marina fearful - Photos are published courtesy of the Berlinale) Presented in the Encounters section at the Berlinale 2021, Social Hygiene is the latest feature by Canadian director Denis Coté. Antonin is a dandy with the ambition of becoming a famous writer. And this could also have happened if man had not always had a live and let live attitude, living inside the car of a friend of his and never taking any initiative. This attitude has always unnerved both 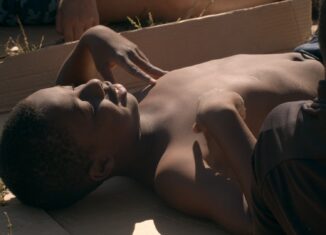 (Berlin Luigi Noera with the kind collaboration of Marina fearful - Photos are published courtesy of the Berlinale) Premiered at the Berlinale 2021 - Encounters section - Nous is the latest feature film by French director Alice Diop. The RER, Paris, is a special metropolitan transport network. And just as in his time Ganfranco Rosi did in the documentary Sacro G.R.A., the director told us a series of stories of people who live in different areas of the city (in which, just, passes the RER) in order to 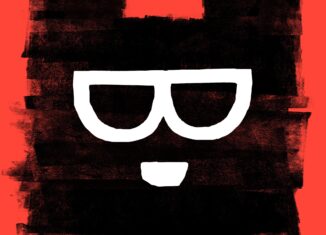 (Berlin Luigi Noera with the kind collaboration of Marina fearful- Photos are published courtesy of the Berlinale) At three weeks of the Berlinale online event, the first anticipations show the great will of Carlo Chatrian's team to move forward despite the difficulties. In times of pandemic even in the absence of the public, the Berlinale maintains its characteristics as a Festival linked to its Berlin public and therefore, above all, the symbol of the Berlinale could not be missing, albeit in a stylized version, seen that even to bears in flesh and blood is 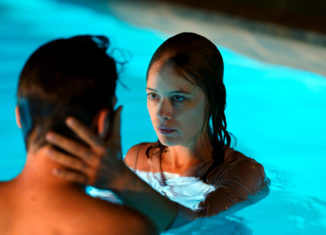 Presented at the 70th Berlinale SILVER BEAR FOR BEST ACTRESS to Paula Beer and distributed by Europictures (Exit 24 September), was designated Film of the Critics by the National Union of Italian Film Critics SNCCI with the following motivation: Confirming himself among the most original and narratively daring filmmakers of the present, Christian Petzold draws on Nordic mythology to give us a new poignant love story. Against the backdrop of a constantly changing Berlin, among revisited legends, omens and obsessions, Undine and Christophe are the tragic heroes of a melò that defies destiny, suspended 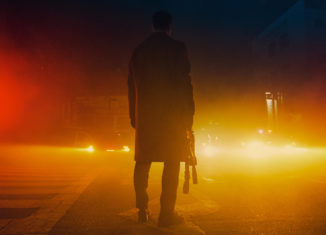 The effects of the coronavirus begin to see the contrast between the distribution in cinemas and giants like Netflix streaming. E 'today's news reported in Variety to PATRICK FRATER signature headline the decision of the South Korean manufacturer Little Big Pictures, that was the main financier of the film"Time To Hunt" and its local distributor, who have made the decision to go directly online through Netflix. It 'a decisive game for the Film Industry running for cover of the pandemic by throwing himself into the arms of competition. 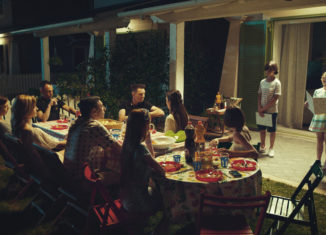 Presented at the 70th edition of BERLINALE film "FAVOLACCE" is the second feature of Fratelli D'Innocenzo distributed by 16 April 2020 Distribution in Italy by VISION. The film was nominated Film Critics by the National Syndicate of Italian Film Critics - SNCCI with the following Motivation: "For having told, thesis and soft tones at the same time, a black fairy tale in which reality dreamy childhood and adulthood annihilated despair intertwine and invert. The cutting edge style and deep writing films offer a universal contemporary insight, that